The Implications of Negative Interest Rates

We have witnessed more and more talk surrounding negative interest rates being introduced in the UK and the impact this could have on savings, investments, and pensions. The British economy alone, has been hit particularly hard since Covid took hold, and this can be seen in the record low Bank of England base rate of 0.1%, which has been in place since March 2020. This base rate is a tool used by the British Government to stimulate growth in the economy by tempting businesses into borrowing more money, and as a result, it is hoped that companies will expand and reduce unemployment.

Despite the record low base rate, the UK could be heading into uncharted territory, as the BoE are considering taking the base rate below zero. Negative interest rates have never been tested in the UK, and it is almost certain that it would have an enormous impact on the economy. As this is a huge topic to tackle, this article focuses on the repercussions of negative interest rates for those considering retirement and explains why pension transfer values are higher than ever before.

So, what does this mean for your pension? Well, if you are considering an annuity, negative interest rates inevitably lead to rock-bottom annuity rates. Combining this with the pension freedoms act of 2015 and the fact that the spending power of an annuity will reduce over time, it comes as no surprise that new annuity sales are on the decline. Ironically, those considering moving their money from a final salary pension to a personal pension are likely to benefit from negative interest rates, as pension scheme providers look to offset their liabilities.

As of January 2021, research revealed that the defined benefit pension scheme deficit in the UK is a staggering £120bn. However, it is likely that these liabilities will continue to increase if interest rates keep on falling. This comes down to the fact that pension scheme providers will see a reduction in income from bonds, which are used to fund pay-outs to scheme members.

In addition to this, the transfer value of your pension is determined using a long-term interest rate. As it is unlikely that your fund will grow very much with the record low base rate, it is assumed that you will need a large sum of money now. Consequently, we have recently experienced record high final salary pension transfer values.

When it comes to savings, the base rate influences the amount that you will earn for a given deposit. If, however, the base rate drops below zero, the purchasing power of your deposit would rapidly diminish (as your funds would be exposed to inflation). This creates a scenario where there is no incentive to save, and people instead look to take advantage of the low cost of borrowing. As a result, negative interest rates may encourage a mass influx into equity, as savers attempt to beat inflation and grow their portfolio.

In conclusion, negative interest rates are unlikely to have a major impact on those who have a way to go before retirement, as there is scope for long-term growth and recovery. Not so for those nearing retirement, as the effects are more substantial. With less time to recover losses, decisions that you make now could dramatically alter your quality of life in retirement. Therefore, you should seek independent financial advice to ensure that your retirement fund is able to satisfy your retirement needs. Now is certainly not the time for putting off until tomorrow what can be addressed today. That’s because it’s simply not prudent nor is it wise to leave big decisions such as this to chance.

Financial reviews are incredibly important. A financial review not only casts a fresh set of eyes over your portfolio, but the peace of mind this will give you, in and of itself, is priceless.

Ultimately, spending time on a financial review or health-check as they are often called, can help ensure that you and your family are in the best financial position. Your retirement plan must reflect your needs and should therefore be designed around them. So, you should pay particular care and attention when exploring all your options. You can even use this time with your financial adviser to update wills – ensuring your beneficiaries are taken care of. 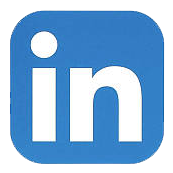